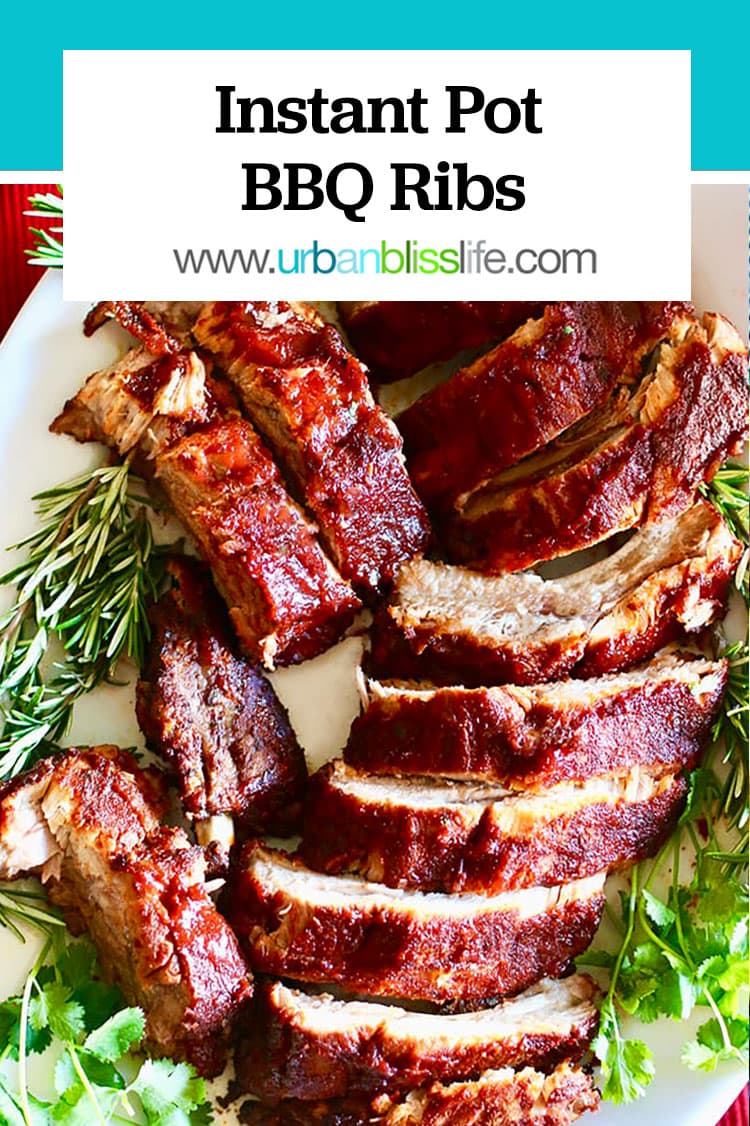 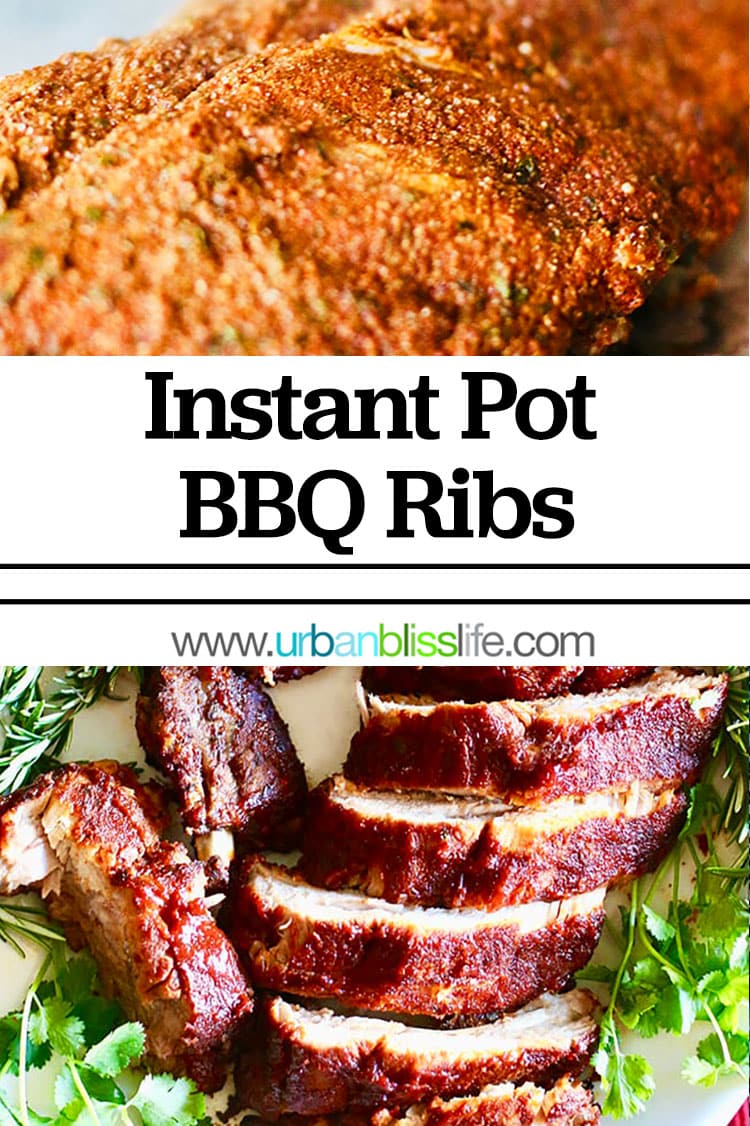 Instant Pot BBQ Ribs with Homemade BBQ Sauce is fall-off-the-bone tender and tangy, and ready in just about 30 minutes! 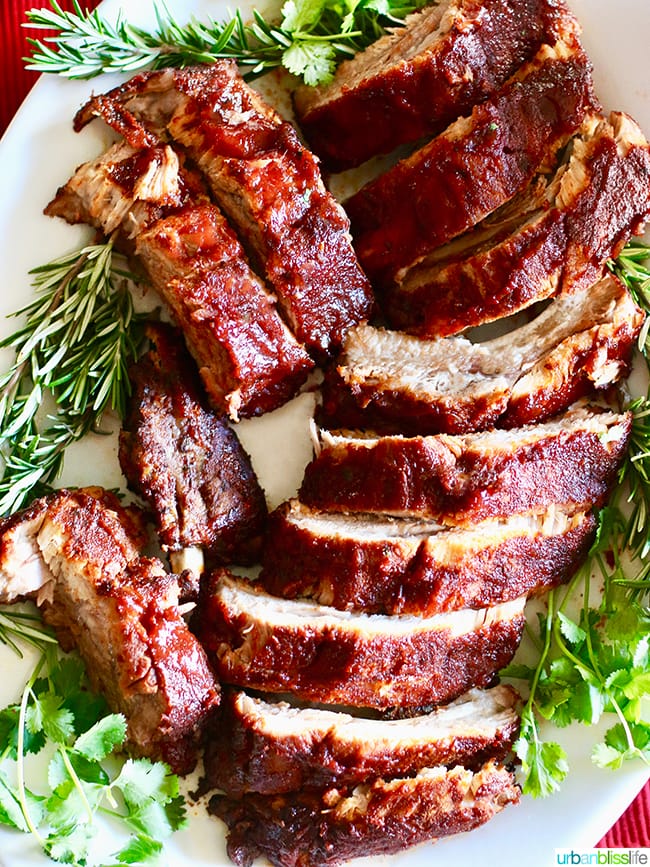 Food trends come and go. As a food blogger, I watch and try to assess which ones I think will last, and which ones will fade quickly.

The Instant Pot phenomenon started a few years ago, and I spent the first few years being super skeptical about this new fangled contraption. If you're not familiar with the Instant Pot (we'll call it IP for short here on out), it's mostly an updated pressure cooker that also is capable of being a slow cooker, steamer, rice cooker, yogurt maker, and more. 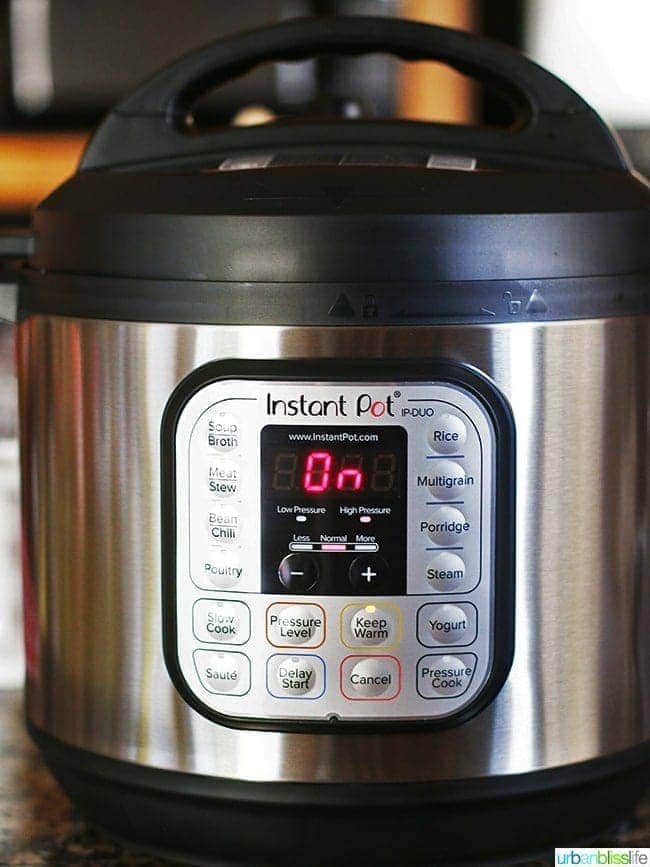 I finally just jumped on the bandwagon and bought an 8-quart Instant Pot Duo. I'm happy to report that the IP really DOES do all that and a bag of chips!

The first meal my husband and I prepared in our Instant Pot was (aside from the boil water test) BBQ Ribs. 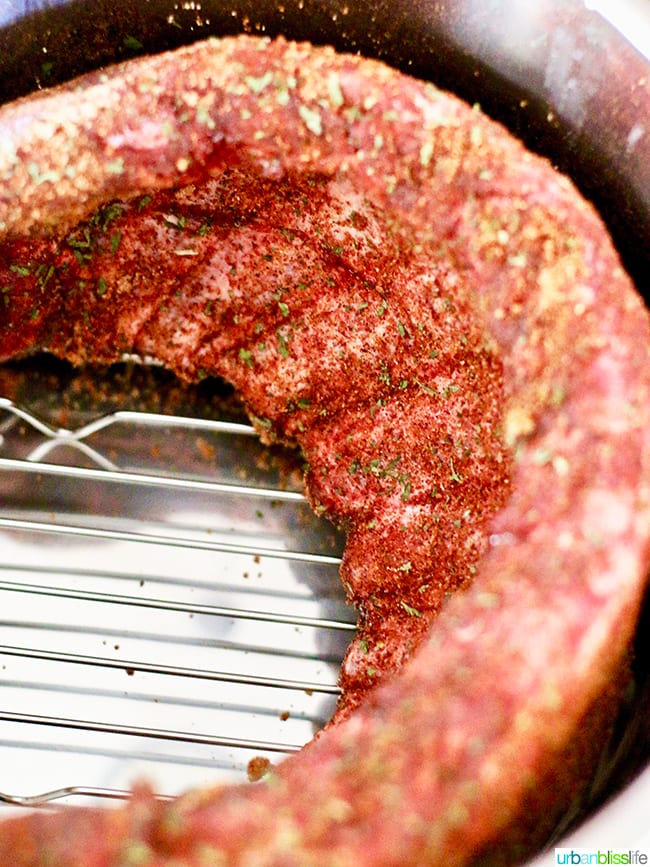 Upon recommendation from my Food, Wine, and Travel Bliss Facebook group, and other Facebook groups (the Instant Pot communities are STRONG on Facebook!), I followed these directions for cooking ribs in the IP. These are also similar to the directions and dry rub recipe found in The Instant Pot Electric Pressure Cooker Cookbook.

It was SO easy! 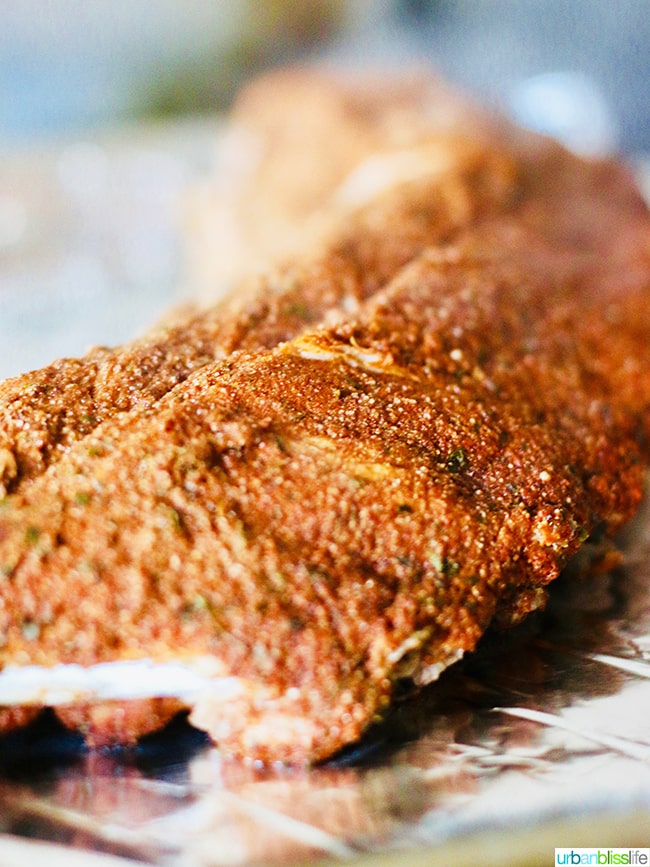 I adapted the spice rub, and instead of store-bought BBQ sauce, I added our special homemade BBQ sauce as the finishing touch. 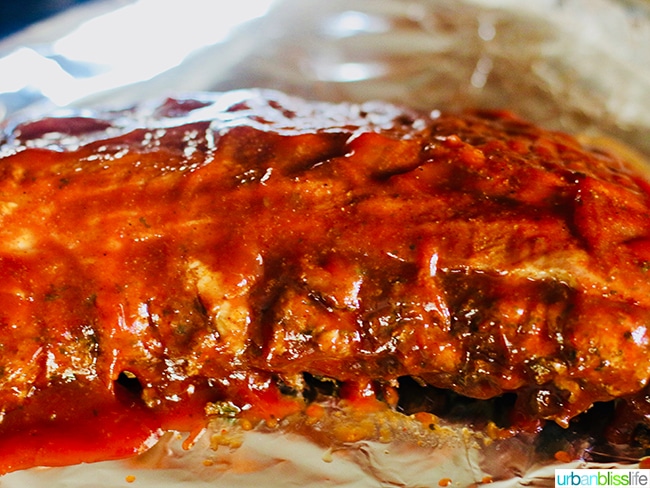 You'll actually start making the sauce first. It's a very simple one-pot recipe, which allows you to combine all ingredients, bring to a boil, and then simmer on low while the ribs are cooking.

If you want maximum flavor, you can start the sauce 30 minutes before you start making the ribs. That way, the sauce simmers for a full hour from start to finish, and the spices have even more time to mingle and the sauce is even more flavorful. 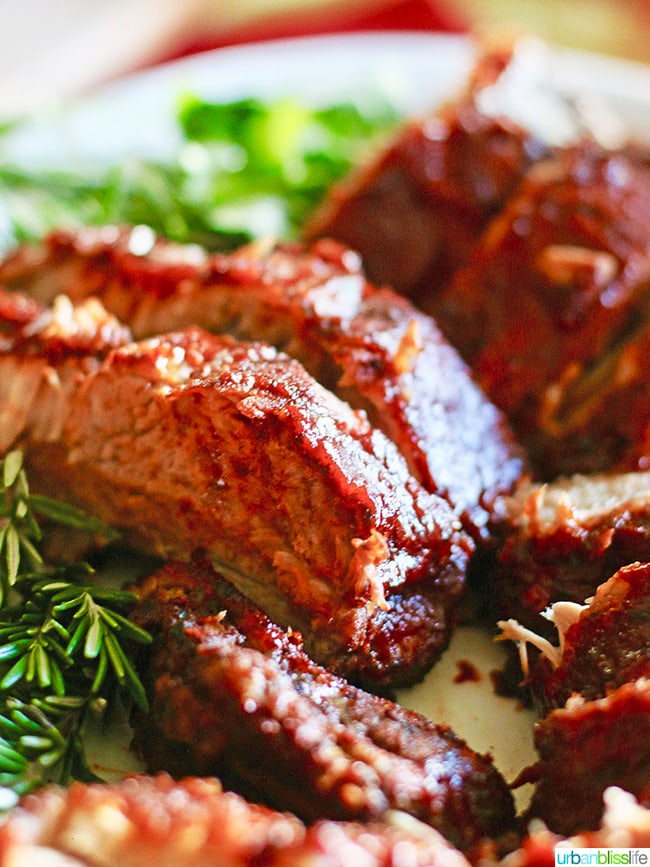 These ribs came out PERFECT. They were juicy, tender, moist...everything you want ribs to be.

And it only too 25 minutes to cook in the Instant Pot, and then a 5-minute finish in the broiler. AMAZING!!

These ribs are perfect for: 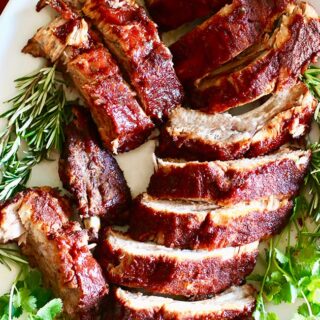 I LOVE my Instant Pot now, and I love these BBQ ribs!

Do you have an Instant Pot? If so, what else do you love to make in it?