So it is refreshing to have attended an event such as A Grand Feast of Oregon, featuring food from Pearl District Southern-influenced Irving Street Kitchen (ISK) and wine from Hawks View Cellars (based in Sherwood, Oregon). This food and wine pairing evening proved that the art of pairings can be done in a way that is accessible, enjoyable, and, most importantly, fun.

Kemp is a natural entertainer: he is an engaging storyteller whose passion for making wine and sharing his family’s wine is boisterously, enthusiastically evident. By contrast, Schafer’s friendly, lower-key, tempered presentation balanced the air and I loved the brief bits of sly, dry sense of humor she revealed as the night wore on. It’s clear that both Kemp and Schafer are committed to their craft. The two made a fabulous pair of hosts for this event, setting the tone for a relaxing, jovial, inviting, and happy atmosphere.

The event kicked off with Kemp sharing the story of Hawks View Cellars, including his own personal, unexpected road to eventually becoming partner in his family’s winery. I’ll be sharing more of the Hawks View Cellars story in a future Wine Wednesday post; in this post, I’ll focus on the pairings at A Grand Feast of Oregon.

[Insert my under-the-breath grumbling about how I need a new camera & lens here; my best lenses were dropped & my Canon is at the end of its lifespan. Most of the photos below were taken with my iPhone.] 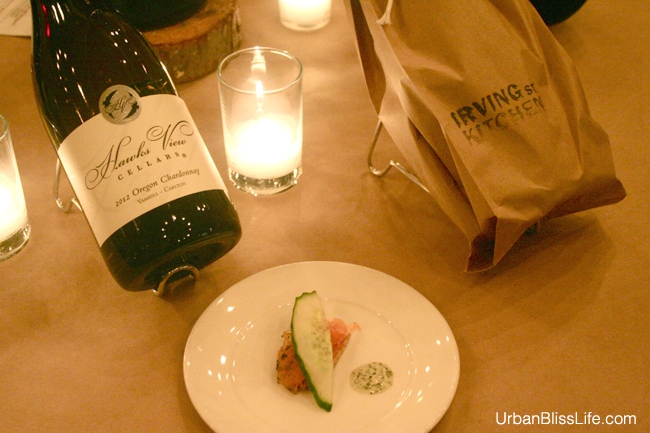 Aptly dubbed “The Unicorn,” The 2012 Hawks View White Pinot Noir is probably one of my favorite wines right now. I’m usually more of a red wine fan, but this White Pinot Noir is fuller, richer, and just fruity enough but not overwhelmingly so to keep me interested. And Schafer’s chicken friend oysters? Perfection! I could eat a whole plate of these and probably will the next time I go to ISK. 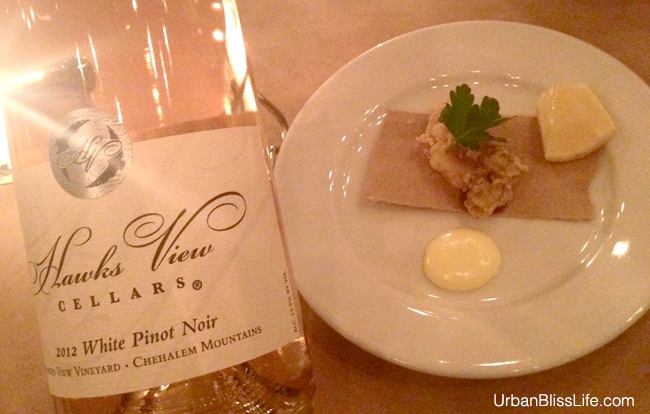 Because, it’s Portland. Of course we’re going to enjoy a Pinot Noir! 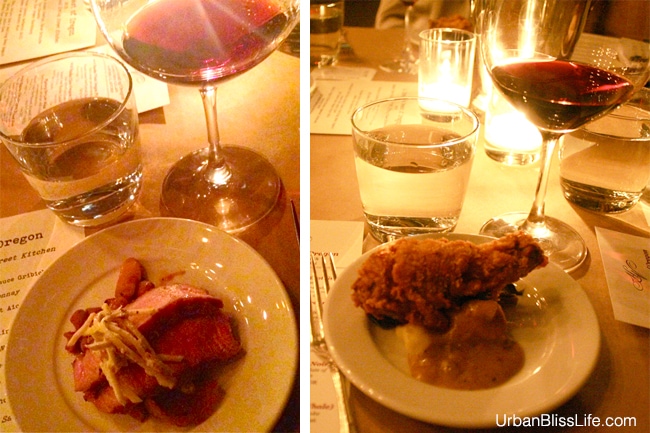 I tell everyone I meet that cares to listen: Irving Street Kitchen makes the best – THE. BEST.- fried chicken in town. Seriously. I know fried chicken. I’ve had THOSE other fried chickens in town that you are thinking of right now. Nope. ISK’s fried chicken is so tender, so flavorful, and most importantly to me, the crust is EXACTLY as crispy and spiced as I believe any good fried chicken should be. Paired with the La Baleine, I could have eaten everyone else’s chicken on the table as well as my own. 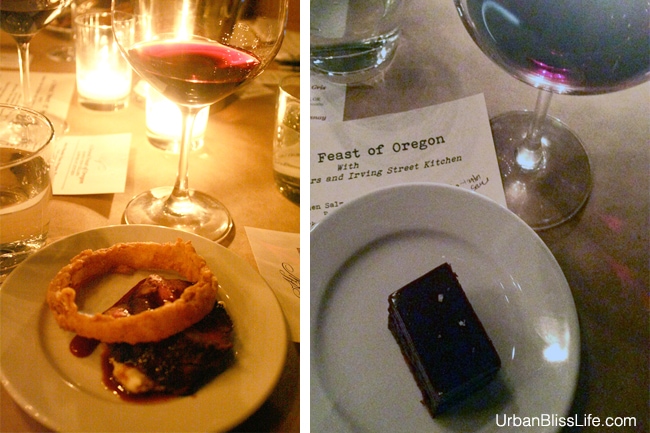 This chocolate torte should be filed directly under the definition of the phrase “melt in your mouth.” The Syrah brought out the chocolate even more, leaving me once again finishing my plate, then quickly looking over to my neighbor’s plates ready to ask “Are you gonna finish that?” 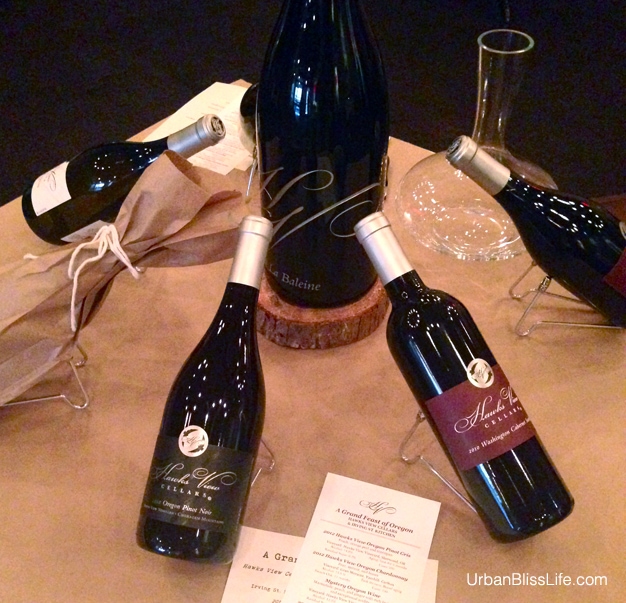 This was a pairing to go down in the books. I loved that Kemp and Schafer allowed us to discover how each wine paired well with each dish simply by tasting, instead of the usual lengthy verbal reasoning, which usually makes me focus too much on the host’s opinions and less on the taste. I loved almost every single pairing, and that says it all.

In true, “but wait: there’s more!” fashion, we each were sent home with an adorable mason jar filled with Irving Street Kitchen’s famous butterscotch pudding. YUM. 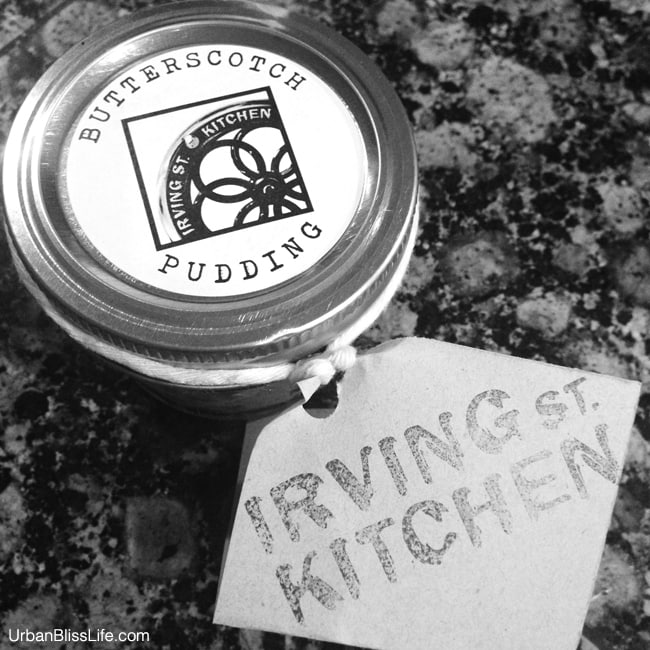 Thanks so much to Hawks View Cellars for the invitation to attend this media event. Food and drink were complimentary, with no expectations to post. As always, all opinions are my own. 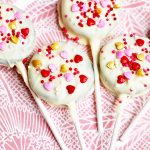 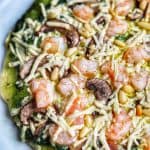 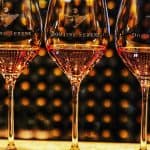