I remember the first time I visited the Stoller Winery. It was a few years ago, with a group of girlfriends, and I instantly fell in love . . . first with the beautiful old oak tree standing proudly as the guardian of the vineyards.

I then fell in love with their 2011 Reserve Pinot Noir.

And then, all of their Pinot Noir wines. Soon, I discovered their Chardonnay.

Most recently, I grew an affection for the people behind the land, the wine, the experience that Stoller Family Estate Vineyard and Winery offers. As Stoller celebrates its 20th anniversary, I am honored to share the Stoller family story with you.

During a recent 20th anniversary celebration lunch with media, I was given an inside glimpse of the Stoller Winery property and its legacy. The Stoller family purchased the property in Oregon’s Dundee Hills in 1943. For 50 years, Bill Stoller’s father and uncle raised turkeys on the property and eventually grew the small family farm to one of the largest in Oregon. When Stoller shares stories of his childhood working on the farm, you can almost picture him as a young boy, windrowing rye grass for seed; as he points and describes the land, you can imagine how vast and open the fields were before the vines were planted. Like many Oregonians, Stoller has a clear love of the land on which he grew up and which he now oversees as Owner of Stoller Family Estate Vineyard and Winery.

The family farm eventually closed in 1993, and that’s when Bill purchased the 373-acre property and turn it into a vineyard. The first grapes were planted in 1995 (hence, the 20th anniversary celebration this year): 10 acres each of Chardonnay and Pinot Noir.

In 2001, the first Chardonnay was bottled, and I had the absolute honor of tasting the very first Stoller vintage recently.

The crisp Stoller inaugural Chardonnay vintage paired well with the smoked trout appetizers we were served at the 20th anniversary celebration lunch and tour.

Winemaker Melissa Burr has been with Stoller for 12 years. Working with Vineyard Manager Rob Schultz, the two continue to bring creativity and refinement to Stoller wines. One thing was abundantly clear during the 20th anniversary celebration media lunch event: Stoller Family Estate is fueled by individuals who are not only passionate about growing and making incredible wine, but who have great respect and compassion for both the land and all of their fellow Stoller family members who make the land come to life.

After learning about the Stoller Family Estate legacy and visiting the property’s oldest vines, we were then treated to some of the Stoller Legacy wines, all named after women in the Stoller family.

Then, we headed into the original tasting room which is now event space, and enjoyed even more wine and a delightful vineyard lunch prepared by Owner/Chef Nick Ferguson of McMinnville, Oregon’s Nick’s Italian Cafe.

Bill Stoller also generously shared some wines from his own personal cellar. My favorite was a 1985 RexHill Pinot Noir.

Stoller Family Estate is the first LEED® Gold certified winery in the world, and operations continue to expand to meet the vineyard’s growth. After our delicious lunch, we were invited to tour the brand new, massive winery building which houses a barrel room, tanks, and lab space.

The new building opened up just in time . . . as you can tell by these grapes photographed two weeks ago, harvest is happening much earlier this year than in previous years. It’s predicted that 2015, barring any unexpected drastic weather disasters, is going to be an excellent year for Oregon wines.

Stoller Wines: What to Buy

I mentioned earlier how I’ve fallen in love with Stoller wines, and unlike other wineries, I have to say that it’s an adoration that has grown even more with each vintage. The 2014 Dundee Hills Chardonnay ($25) currently is my favorite Oregon Chardonnay. It is made 100% in stainless steel tanks, so you just get the pure, clean, fruit forward freshness in this Chardonnay. If you’re not a fan of big oaky Chardonnays (as I am not), I think you will enjoy this one.

As for their Pinot Noir wines, it may sound non-committal, but it’s hard to go wrong with any of them, whether they are a Dundee Hills Pinot Noir, Reserve Pinot Noir, or one of the Legacy Pinot Noir wines. That said, the 2011 Reserve Pinot Noir ($45) is my personal favorite, and 92 points from The Wine Advocate backs up my vote. It’s barrel-aged in French Oak for 10 months prior to bottling, and is a sensuous red wine, bursting with dark fruit notes and a smooth finish.

If you’re ever in the Dundee Hills of Oregon, I highly recommend putting Stoller Family Estate at the top of your wine tasting itinerary. The tasting room staff are some of the friendliest, most helpful, most knowledgeable tasting room staff I have ever met, and they will take great care of you and your friends. It’s perhaps the aspect about Oregon wineries that I love the most and think our great state holds above all other wine growing regions: here, when you visit a winery, you are more likely than not visiting part of someone’s home property, and they are delighted to ensure you feel right at home, too.

Previous Post: Things to do in Missoula, Montana with Kids
Next Post: Side Dishes for Fall: Three Recipes to Help You Extend Grilling Season 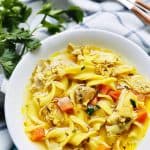 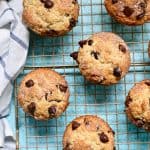 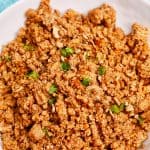 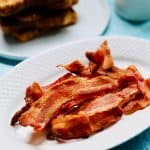 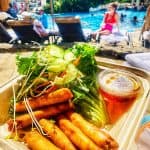