We Oregonians tend to be proud of our rich wine industry and our Oregon wine clubs. So it came as a surprise to me that there wasn’t already a wine club devoted to Oregon wines…until now.

Cellar 503 is a new wine club based in Portland, Oregon that features wines from vineyards throughout the entire state. As owner Carrie Wynkoop says, it’s a wine club for people who love Oregon – whether they live here, used to live here, or are interested in learning more about Oregon wines.

Founder Carrie Wynkoop is no stranger to entrepreneurship. As the co-founder of Mandate Media, she and her husband have spent the last 15 years growing a company that specializes in internet strategy for politicians and nonprofits. While Mandate Media has been a passion for her husband, they both knew that it wasn’t “what made her heart sing” She often went wine tasting on weekends with friends, and decided to take a wine course. After taking just one class, she fell in love with it and knew that the wine industry was where her next path would lead. Eventually Wynkoop became certified through the Wine & Spirits Education Trust (WSET) , and, with her husband and friends cheering her on, began the research and planning that would lead to the business that became Cellar 503.

Wynkoop launched Cellar 503 in November of last year. The first official shipment went out in January, and to date, there are approximately 65 members. Not bad for a brand new wine club that has grown by word-of-mouth.

An ardent supporter of small businesses, Wynkoop aims to feature small vineyards that produce less than 10,000 cases of wine per year; most vineyards that have already been included in shipments produce just 1,000-5,000 cases per year. She tries to include geographic diversity to give members a full taste of the incredible wines that can be produced in Oregon. She is also focused on showcasing great wines that are affordable and approachable, so most featured wines retail for $30 or under.

Wynkoop’s method to choosing vineyards is simple: taste, retaste, then contact the vineyard to see if they would like to be included in a future Cellar 503 shipment. So far, no vineyard has turned her offer down. She takes the responsibility of sharing these vineyards seriously, and each shipment includes not only tasting notes, but also a personal letter from her explaining the theme and introducing the wines, and stories about the winemakers and vineyards.

The future of Cellar 503

When asked about the future of Cellar 503, Wynkoop leaves the door wide open. She aims to attain more than 100 members this year, and is open to the notion of branching out into wine dinners or pop-up dinners. “I recognize that building a business is not a sprint, but a marathon,” Wynkoop says. “I plan to be in this business for a long time.” 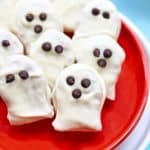 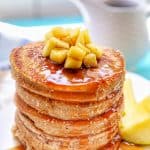 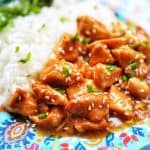 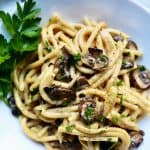