K Vintners is Charles Smith’s original, signature winery, located at the base of the Blue Mountains in Walla Walla.

As soon as my girlfriends and I rolled into Walla Walla, Washington for our girls’ weekend getaway (it’s about 3.5 hours drive from Portland), we immediately had an appointment at Charles Smith Wines. We don’t like to waste any time, you know. ;) 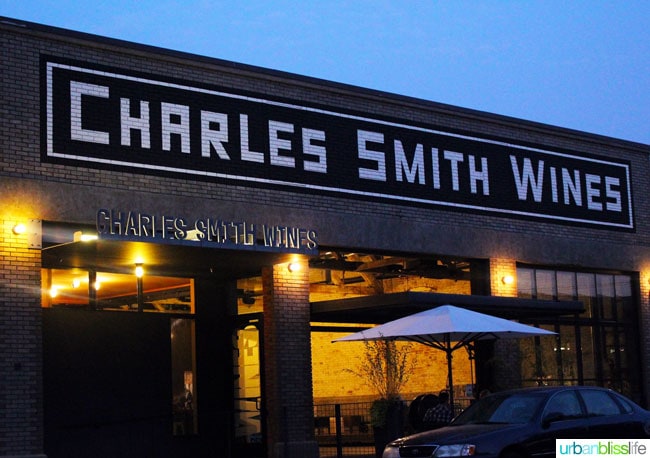 You’ve most likely seen Charles Smith wines on store shelves. With names like BOOM BOOM and The Velvet Devil, and stark modern black and white sketch labels, they stand out in a sea of labels.

Charles Smith is a former band manager who left his hometown in California to tour with brands through Europe. Eventually he moved back to the United States and opened up a wine shop in Washington. During a road trip through Walla Walla, he met a French winemaker who eventually convinced him to make his own wine. In 2001, Charles Smith released 330 cases of his first wine, the 1999 K Syrah.

He’s been rocking and rolling the Washington wine industry ever since, with two wineries in Walla Walla: K Vintners and Charles Smith Wines. 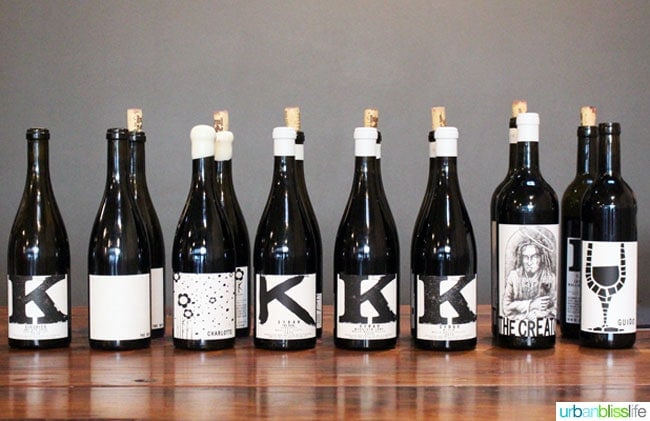 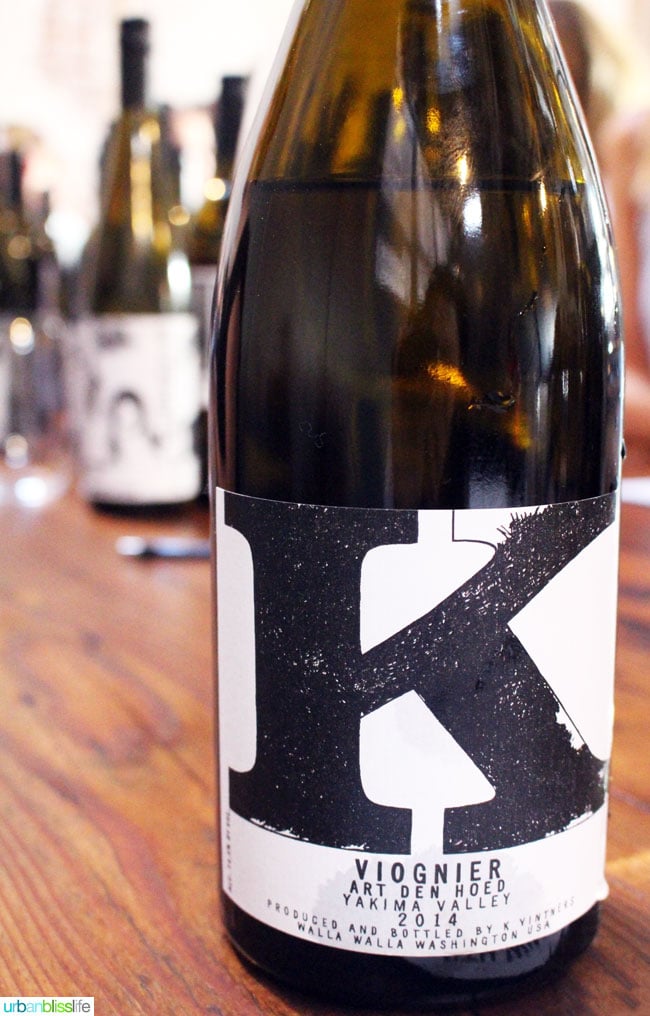 The single vineyard K Vintners Viognier is a well balanced white bursting with pear, apple, bright lemon, and a slight honey taste. This was one of my favorites at our tasting at Charles Smith, which serves both K Vintners and Charles Smith wines. 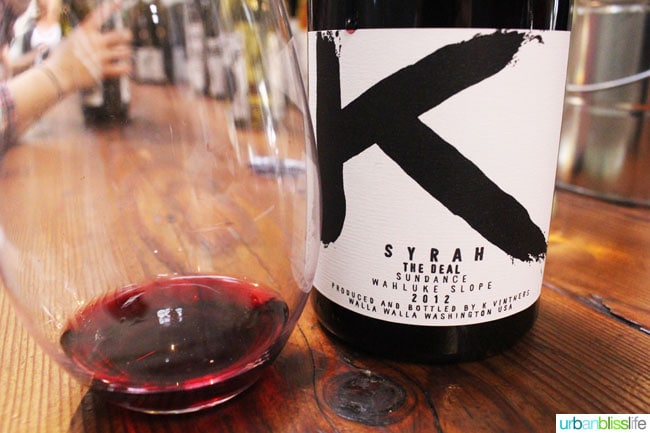 My other favorite of the K Vintners line was the 2012 The Deal Syrah. Dark and brooding, like a long sorted novel that you read well into the early morning hours by a tired fire, this Syrah is rich and lingers on the tongue.

Charles Smith wines are designed to be enjoyed immediately. You’ve likely seen the labels at your local wine shop or grocery store: there’s the Boom Boom wine, the Velvet Devil, Kung Fu Girl… with sassy names and in-your-face label art, these are wonderful everyday wines that have wide distribution and are priced affordably between $10 and $15 per bottle.

The Charles Smith winery located in downtown Walla Walla very much reflects a lovely blend of the modern sophistication of K Vintners wines and the brash bold attitude of the Charles Smith wines. The winery has industrial bones: high ceilings with open beams and exposed brick. It’s extremely spacious compared to most tasting rooms in downtown Walla Walla, with plenty of bar space as well as seating inside and out. 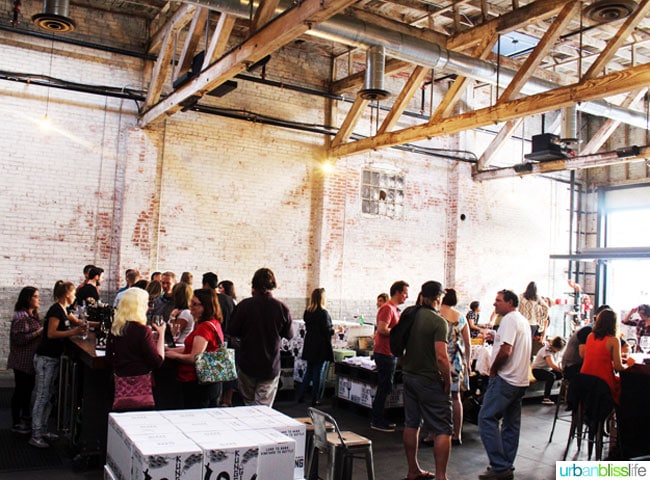 My girlfriends and I had a wonderful visit at the Charles Smith Winery. It was very busy (we’re told it was busier than expected for a Friday night), and the staff were absolutely wonderful. They were attentive, friendly, funny, highly informed about the wines, and they made us feel comfortable, which was a truly welcome feeling after driving there directly from Portland. 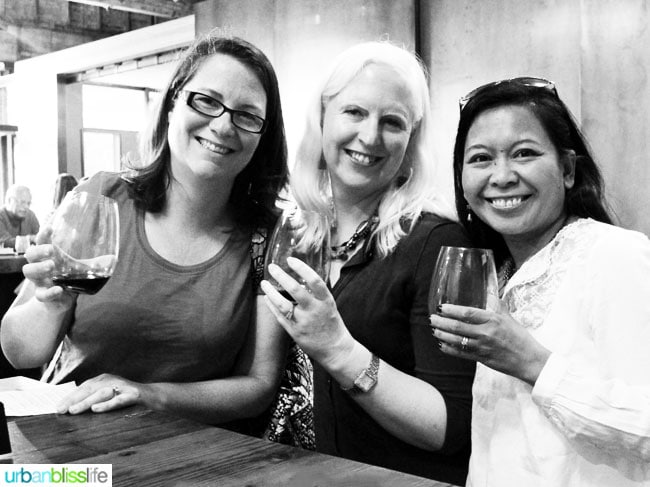 If you’re heading to Walla Walla wine country, I would definitely recommend stopping by the Charles Smith wine tasting room in downtown Walla Walla. It’s a fantastic contrast to some of the more traditional wine tasting rooms, and you’ll get to try both Charles Smith wines and K Vintners wines, which gives you a nice opportunity to compare and contrast two very different types of wines made by the same overarching company.

Plus, the space is just beautiful. It’s always nice when you feel like you can sit for a while and not feel rushed while you are wine tasting.

Thanks to Charles Smith Wines for our complimentary wine tastings. All opinions and photos are, as always, my own. 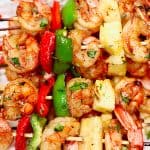