For my third post in my 2013 Feast Portland series, I saved the best for next to last: the Speaker Series.

True: the food at Feast Portland was absolutely phenomenal, and certainly a massive draw for attendance. From the Grand Tasting to the Sandwich Invitational to the media events and more, Oregon’s bounty of food, wine, and beer took center stage. Yet, for me, what I tasted was simply the appetizer: the meat of the Feast Portland meal lay within the thought-provoking Speaker Series.

There were six excellent topics addressed during the four-day Feast Portland series of events. I wish I had time to attend all of them. The three I attended knocked my soggy, rain-laden, Feast food-weighted socks off — and I still can’t stop thinking about them. 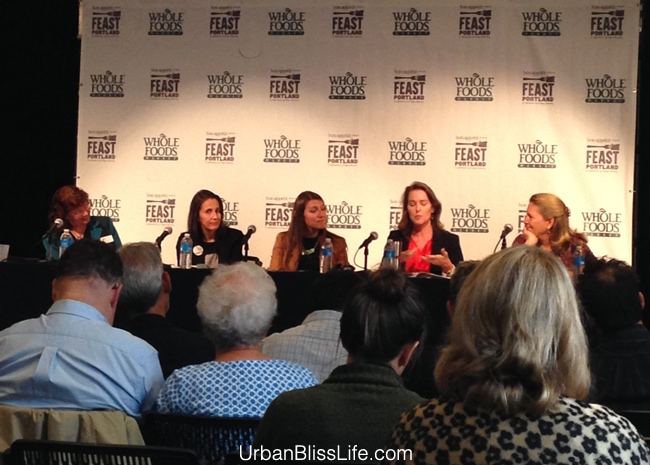 Recent data shows that there are nearly 47 million people living in poverty. In 2012, 49 million Americans lived in food insecure households: 33.1 million adults and 15.9 million children. An impressive panel of speakers kicked off the Speaker Series of Feast Portland to discuss the challenges, current legislation, potential future, and possible solutions to the hunger and poverty issues in our country.

There was a lot of discussion around the recent passage of a bill that would slash $40 million from SNAP (Supplemental Nutrition Assistance Program) over the next 10 years. At the heart of the matter: the fact that the majority of those who would be affected as children. Nearly four million people would be cut off from the food stamp program starting next year. After that, nearly 3 million per year would fall out of the program.

Some of the highlights from this panel:

Could you live on SNAP for a week? SNAP challenges have been taken on by various elected officials throughout the country in which they attempt to live on the average daily food stamp benefit (about $4 per person per day). I have to say: I don’t know how people do it. I honestly do not think I could without breaking down. $4 per person per day. With kids. My heart breaks just thinking about that. Personally, I don’t understand the massive cuts our congress made to SNAP. I don’t get it. But then, I don’t understand a lot of what’s happening on the hill these days…

Transparency and GMOs: The More You Know, The Better

The second Speaker Series I had the pleasure of attending was a fantastic discussion about GMOs (genetically modified organisms). I’ll admit: this issue overwhelms me. I fear we’ve reached that horrible place in time where you stop, realize what you’ve done, and you can’t ever, ever go back. This discussion was very helpful in framing the debate about GMOs and mandatory labeling and breaking it down to how these issues affect each and every one of us.

I have followed Robyn O’Brien on Twitter for quite a while now. She’s a former food industry analyst, a mom of four, who has taken on the daunting task of “restoring the integrity of our food supply and the health of our children.” Her work is inspirational and her words at this speaker series event made a great impact on me. She asks the questions we all ask as mothers, fathers, daughters, brothers, grandparents, friends: why are we continually producing genetically modified “food” that continues to make our country so sick? “Correlation is not causation; but, correlation of that magnitude justifies examination.” I agree.

Highlights from the panel:

O’Brien says, “This truly will be the legacy of our time.”

Beat the Devil: Create an Awesome Food Business Without Selling Your Soul 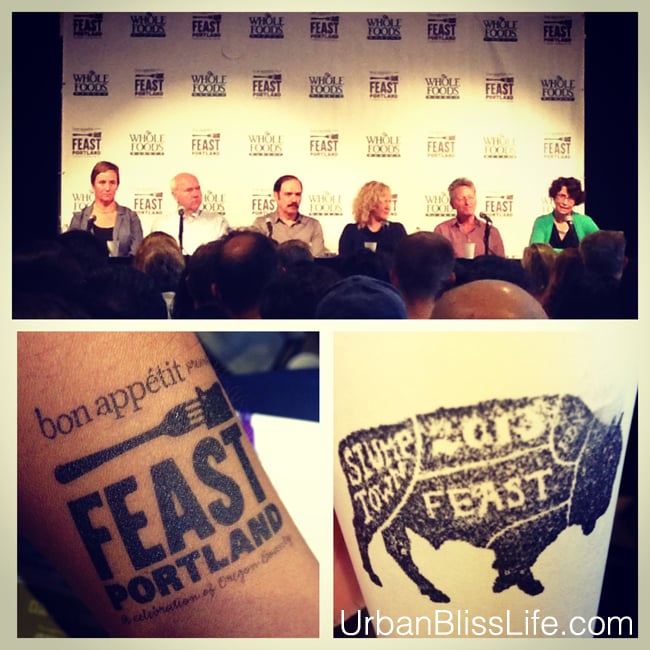 Finally, the third speaker series I attended spoke to the serial entrepreneur in me. I loved hearing from a panel of such accomplished business owners and execs about the challenges and truths of running a food business.

The lineup included some of my favorite local and national brands:

“We can make change happen,” said Chuck Eggert of Pacific Foods, “and we can make a positive change.” This seemed to be the theme of the panel. In addition to great nuggets of wisdom about financing, managing, and marketing a business, each of the companies spoke to the issues of sustainability, localization, and integrity-driven core values as driving factors behind their business success.

Some highlights from this speaker series:

I wish all of my fellow enterpreneurs could have attended this panel with me. I highly recommend keeping a similar panel topic for next year, since there are so many food businesses in the Portland area.

Through it all, there was a hashtag trend attendees used, in addition to the speaker series title hashtags: #WhyWeFeast. It was so simple yet so powerful to me.

Why we feast. Think about it.

It’s more than just the fact that Feast Portland was a benefit for Share Our Strength’s No Kid Hungry campaign and Partners for a Hunger-Free Oregon. While giving a portion of the proceeds is commendable, why we feast is so much more than that.

We care about the food we put in our bodies, and in our children’s bodies.

We care about how our food is grown, processed (or not), and labeled.

We care about where our food comes from: who makes it or grows it, where are the origins, what is their food philosophy?

We care about making sure that more healthy food reaches those who can’t afford as much as we can, and that they are informed about how to make healthy eating choices on a meager budget.

We care about making all of it better – not just for us, but for everyone around us.

I was really moved by the Speaker Series events I attended. I was inspired to dig deep and ask myself the hard questions. I walked away realizing the hard truth: I know so very little. Yet, I care so very, very much. And that, is a start.

I am motivated to do more, be more, help more, advocate more. What sort of actions the digging will lead me to, I am not certain of just yet. But I left the speaker series events knowing I had to DO something. And when that something becomes clear to me, trust me: you’ll know it. And I hope that you, too, will share in that journey with me.

Thanks to Feast Portland for not just feeding attendees well and shining glorious light on Oregon’s best bounty, but for accomplishing what all events should do: make people think and move people to action.

If you’d like to help or learn more about the hunger problem in America, visit:

Partners for a Hunger-Free Oregon

Read my other posts about Feast Portland:

* Feast Portland, Part One: The Kick-Off and The Details 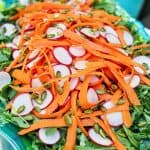 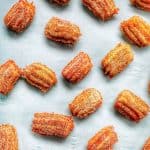 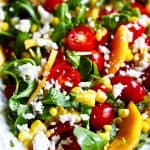 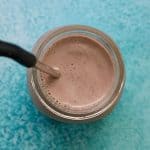