Father’s Day at this stage in my life has so many layers: I celebrate it as a daughter, as a wife, and as a mother helping my kids celebrate their dad. While I love Mother’s Day, there’s something very special to me about Father’s Day — the opportunity to honor the men in my life who mean so much, not only to me, but to those I love the most.

Finding gifts for Father’s Day, however, is admittedly a big challenge for me. My guys don’t wear ties. They don’t need cufflinks. They don’t golf. But they do appreciate great food, beer, and wine. I have a feeling some of you readers may be in this boat too?

If you have a foodie or beer and wine lover to celebrate this Father’s Day, here are some fun gift ideas from the people who know what they’re talking about: local food, beer, and wine superstars  – many of whom are also dads!

“It is crazy to think during this year’s Father’s Day I will be the father, not just the son in a tradition I have celebrated since birth. I can think of no better way to celebrate my newly acquired holiday than with an assortment of hard to come by 22 oz. beers from The Belmont Station. The Belmont Station has the greatest variety of single beers, six packs, aged beers, and bottles that nobody else in town can get their hands on. This would be second best to a growler of fresh of the tap beer from Migration Brewing, which is heavily sought after and can only be obtained at the brewpub.”
–Colin P. Rath
Community and Pub Manager, Migration Brewing

[photo above: Colin Rath and his son Maddox. Photo courtesy of Colin Rath]

“Dads love to grill, and my current favorite wine to pair with BBQ is our limited release 2012 Washington Malbec.  Only 75 cases produced, it’s both robust in flavor profile and extremely limited.  Hands down my go to the in the cellar right now.”
-A.J. Kemp
Co-Founder, Hawks View Cellars

[photo courtesy of the Kemp family. Pictured: Willie Kemp, A.J. Kemp holding his daughter Keira with his mother Willie on one side and wife Rachel on the other.]

“One the best items that was given to me once was a wine aerator. I have found that it not only makes a really good bottle of wine even more enjoyable, it can even improve the taste of an “everyday” bottle of wine. Give dad a wine aerator and a nice Oregon Pinot and he should be happy. Dads that grill might also enjoy new Barbecue Tongs. Unfortunately many people use a fork to flip steaks on the grill which lets all of the delicious juices out. Gently using tongs, without squeezing too hard, keeps all the juices in a steak when barbecuing, which is the last thing you would want to do if you are grilling a great dry-aged steak.”
-Craig Peterson
Partner, RingSide Steakhouse

“I would have to go with a great knife from Korin and a great wood cutting board from Boos Blocks. My wife every couple of years buys me a new knife to add to my collection. I am sure as my kids get older (right now they are very young) other gadgets will work their way in, but as of right now that is a good place to start.”

[photo above courtesy of Justin Wills; photo of Chef Wills with his wife and two children]

Kat LeSueur, Chef at Cocotte, recommends bringing the extra personal touch to gift giving for the foodie dads in your life. “My dad is really into Sri Lankan food and culture. He lived there for a few years while in the peace corps and became fascinated with the people. So a specific gift idea for him would be doing a Sri Lankan cooking class together (not sure of that exists but it should), followed by a progressive dinner at Bollywood theater and Dwaraka, my two favorite Indian restaurants (the closest thing to Sri Lankan we have in Portland that I know of). For his last birthday I got him a Sri Lankan cook book “The Food of Sri Lanka: Authentic Recipes from the Isle of Gems.”
-Kat LeSueur
Chef, Cocotte

[photo above courtesy of CocettePDX]

Thanks so much to all of the chefs and restaurateurs who shared these great gift ideas! 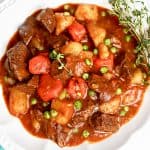 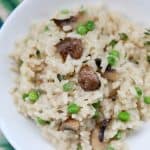 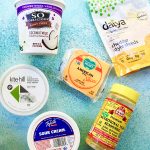 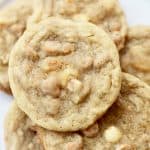 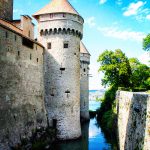 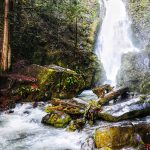 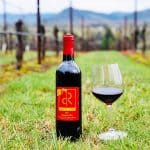 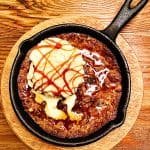