Home » Where to Eat in Portland, Oregon: Canard restaurant
0shares

Tucked into a sliver of space on southeast Burnside is one of my favorite restaurants in Portland: Canard restaurant.

With a French ambience and French-inspired menu, this restaurant feels like a cross between a traditional French bistro and a local diner.

Whereas Le Pigeon only serves dinner, Canard is open for breakfast, brunch, and lunch in addition to dinner. This feeds Portland’s affinity for brunch food. But in Rucker form, you won’t see traditional bacon and eggs simply slapped onto a platter here.

The highly Instagrammable Duck Stack ($16) is a tower of decadence. The foundation of fluffy pancakes is topped with duck gravy, tabasco onions, duck egg. Then add seared foie gras for $15 for the ultimate indulgent meal.

One of my favorite dishes at Canard is Oeufs en Mayonnaise ($8). This beauty consists of soft boiled eggs topped with a generous amount of trout roe, crispy bacon bits, roasted garlic, and then smoky maple.

Dessert at Canard restaurant is as playful as the main meal. Get a Peanut Butter Fun Cone ($6) with your choice of soft-serve.

The salads change with seasonal ingredients, and you used to be able to order the shrimp toast on its own. Now you can order a Shrimp Toast Benedict for breakfast or brunch, which is basically the shrimp toast with an egg on top.

At night, from 4pm to midnight, Canard offers a slightly larger menu. Try the Fried Chicken Wings with truffle ranch and truffle honey ($16).

Canard is currently one of my favorite restaurants in Portland, and I think you’ll see why when you dine here.

Canard is walk-in only and does not accept reservations. For more information, visit the Canard website.

Where to Eat & Drink in Dublin, Ireland

Where to Eat & Drink in New Orleans

Where to Eat & Drink in Atlanta, Georgia 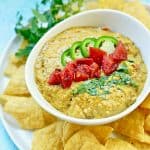